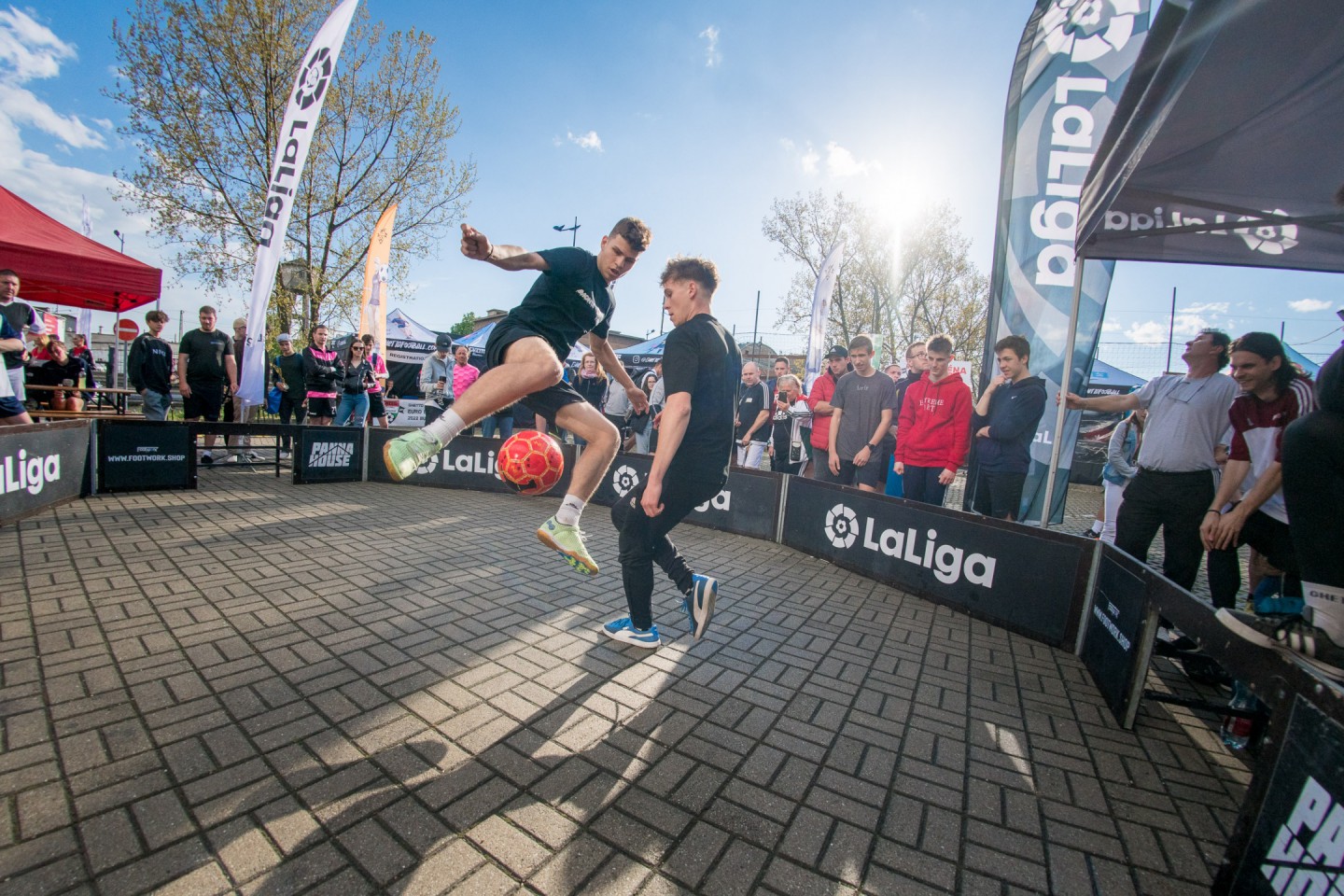 Street football is not only a game without judge and on the street but also an entertainment event for viewers, where growing popularity around a football freestyle, whose main essence is to perform different tricks with a football ball using different parts of the body. As well as Panna 1vs1 competition, where the main task is to throw a ball to an opponent between his legs. “Ghetto Football” Euro League last weekend hosted Croatia's most active street football culture town in Dakovo, were living 23 000 people. A day later was completed the third tournament Euro League in Hungary's capital Budapest.

On 22 April “Ghetto Football” team in Croatia experienced the spell of nature in full glory - at the start of the tournament teams and viewers enjoyed sunshine, but at the end of the event heavy rainfall, thunderstorm and low air temperature became a challenge. Despite the weather, Dakovo was able to enjoy the event on a full scale, along with 3vs3 football, there was also a football freestyle show and Panna 1vs1 tournament.

About the main prize in team discipline, a paid trip to Superfinals in Riga where the prize fund amounts to EUR 10 000 in the small town of Dakovo was able to bring together more than 100 most powerful street football players from all over Croatia. In parallel with the 3vs3 tournament, the spectators were also delighted by the football freestyle and Panna 1vs1 tournament, where the main prize was a trip to the largest alternative sports and street culture event in the Baltic - “Ghetto Games” festival “GGFEST” in Ventspils.

Dakovo city street football activist, project manager and one of the best street football players in the world and Croatia Rafael Spajic after the event said: “In Dakovo talking about this for a long time, it is a huge event. Dakovo is not the capital of Croatia, but it doesn't have to be a big city to show what your heart is burning about. Street football is more than a sport. It is a big event in street football culture. Maybe you can`t see it today, but after a few years everyone is talking about the Euro League.” Rafael has been promoting street football in his city for several years, he has been waiting for the event and preparing for it for two years. “Ghetto Football” EuroLeague was planned for spring of 2020, but the measure was twice transferred due to the pandemic.

Following the event in Dakovo on the road from Croatia to the capital of Hungary Budapest, the “Ghetto Football” team was a little problem with transport, but that's can`t stop the team from going forward to order the event the next day, on April 24 with “Cageball Spot'' in Budapest. Relative to other EuroLeague partners Budapest has developed a street football culture for several years and organized 3vs3 street football tournaments. In parallel with the 3vs3 tournament U15, 16+ and Lady groups, also took place the football freestyle and Panna 1vs1 tournament were identical as in other countries the main prize was a trip to the  “Ghetto Games” festival in Ventspils where will feature the big final of Panna 1vs1 and freestyle.

“As the years go, I see how much Panna has evolved. I love playing Panna. I am very pleased that Ghetto Football is organizing such tournaments, they are helping to grow this culture!” said the winner of Panna.

In freestyle tournament in 17 member competition win 16 years old Croatian Veg Benedek. He could not believe that he had won this competition and was looking forward to the final in Latvia.

The special invitation and trip to “GGFEST” from the leader of Ghetto Games Raimonds Elbakjans were also received by a member from Croatia Patricija Pejić, who was also the only female in the football freestyle competition.

The project is co-financed by the European Union under the Erasmus: Sport programme.