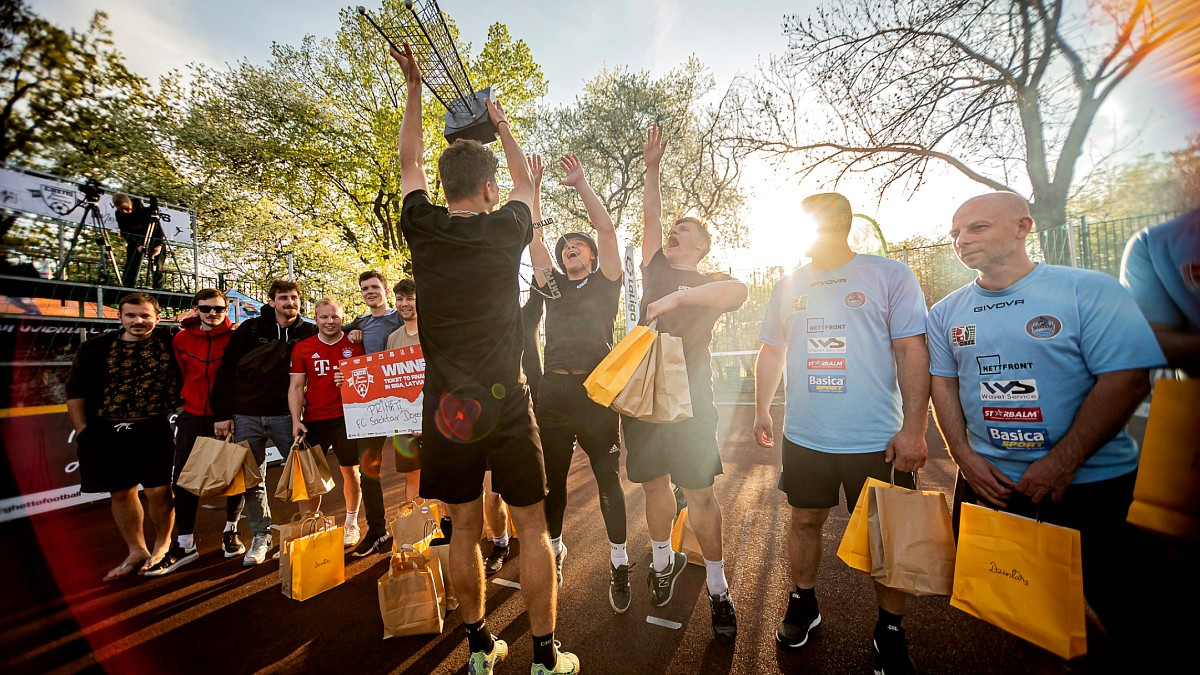 On April 30, the 4th stage of the international street football league "Ghetto Football Euroleague" was held in Prague, where Latvians were crowned champions in the 3v3 football tournament. The next stage of the Euroleague is already tomorrow - May 4, in Brussels, Belgium.

The "Crème de la crème” of each tournament is the final game of the 3v3 street football tournament, in which Latvia won its first ticket to the grand final in Riga on June 8. It must be said that this team is also the youngest team that has won a ticket to the grand final so far! The legendary team from Grīziņkalns (a suburb in Riga) "Who is Janka?" also took part in the tournament, who unfortunately fell out in the ¼ finals.

One of the standout winners in the freestyle championship of the Prague tournament is definitely Philip Warren Gertsson, who is a Sweden-based, Norwegian-Philippine street soccer freestyle player. Around him, he gathers hundreds of thousands of followers on social networks, creating daily content with street football maneuvers and tricks. "This tournament is great, I already want to go again and experience these emotions, the opponents will also become stronger in the tournaments, it's great!" That's what Philip says after the victory in the final

Thanks to the only ladies team “Pinkbull”

"Ghetto Football Euro League" is eleven unique 3v3 street football tournaments in eleven European countries with thousands of talented street football players and a total prize pool of 10,000 EUR. Football Euroleague takes place in eleven countries - Italy, Croatia, Hungary, Czech Republic, Belgium, Netherlands, Denmark, Germany, Poland, Lithuania and will end with the most important event of the competition, the final, in Riga, the capital of Latvia, on June 8, where the best European 3-on-3 street football teams will fight.