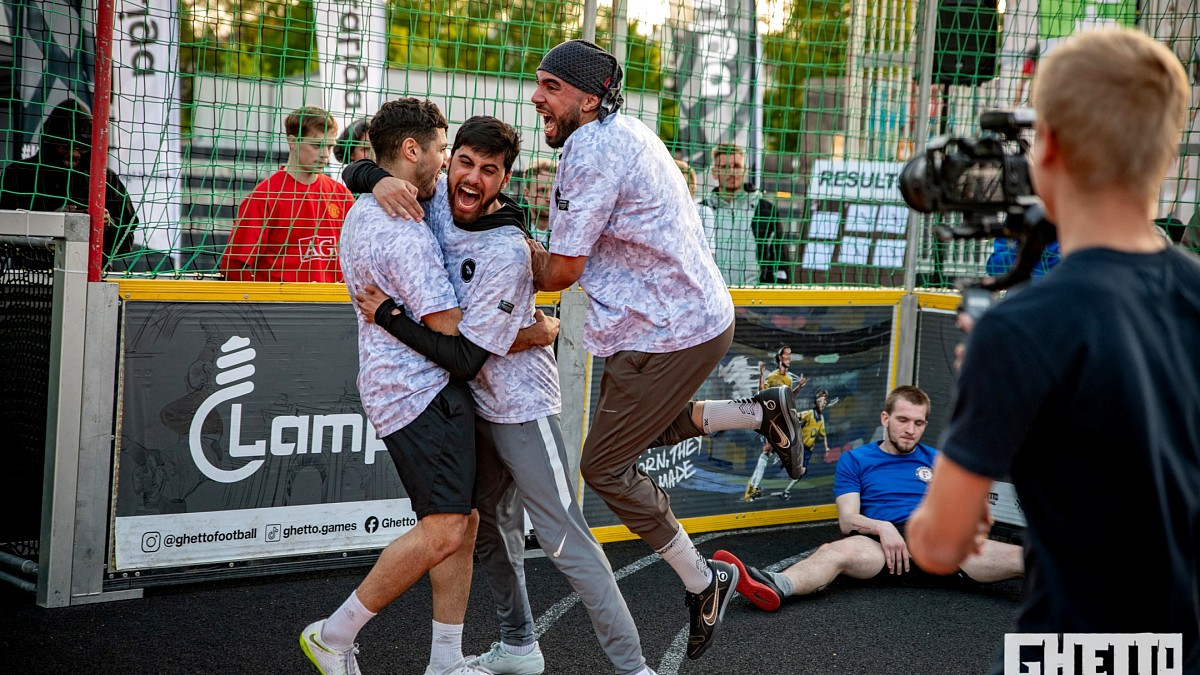 "Ghetto Football" visited three Euroleague destinations during the week - on May 14, they held a masterful tournament in Berlin, on May 18, they enjoyed an eye-pleasing freestyle football show in Warsaw, and on May 21, they concluded their street football adventure in Vilnius.

On May 14, the "Ghetto Games" team managed to visit one of the world's most famous street football players and organizers of the Berlin tournament, Ahmed Rakaba, who did not hide his emotions after the tournament: "I am incredibly glad that finally Ghetto Football was in my city, that young people and players had the opportunity to see this movement that unites many! I didn't play today because my team already won the ticket to Riga, so I just enjoyed today to the fullest!”

In the Berlin stage, experienced street footballers proved to be the strongest, it was a team from Norway "Off-Pitch". The mentor and coach of this team is the well-known Tobias Becs, one of the most popular football freestylers in the world. "It is a great pleasure that I could bring my team to this tournament, they prepared a lot for this and the invested work paid off. See you in Riga, in the grand final!"

In the superfinal on June 8, together with the Norwegian "Off-Pitch" team, the German team "Balkan Mix", which earned a ticket as the best local tournament team, will also go to Riga.

Approaching the territory of Latvia, the two final stages of the Euroleague adventure remained to be organized - in Warsaw and Vilnius. The organizers of the Warsaw tournament, who were able to gather the largest number of street football enthusiasts in the history of the Euroleague, took care of high-level freestyle football. Mohammad Akbari was recognized as the most capable football freestyler, whose mastery we will also be able to see at the Ventspils "GGFEST" festival from July 22 to 24, where the best Euroleague football freestylers will gather together. On the other hand, in the team discipline or 3 vs. 3 street football competition, the Polish "Wenecja Pultusk" proved to be the most skillful, fastest and most technical, who managed to break the goal of the "4F STRIKE" team at the end of the match in a tense final game and celebrate victory and trip to the Riga Superfinal on June 8.

The final stage of the Euroleague "Ghetto Football Euro League 2022" was held in the capital of Lithuania, Vilnius, where, despite the unfavorable weather, the number of teams showed that there is no such thing as bad weather for football. In the Lithuanian stage, several teams from Latvia also applied for participation, which crossed the border for one reason - to win a ticket to the Euroleague Superfinal. However, the Lithuanian "FK NAVIGATORIUKAI" team was able to defend the honor of their country, which defeated the Latvian "FK Nastjuha" team in the final.

But of course that's not all, because the most important and responsible step will take place in Riga, where on June 8, the best European street football teams will walk onto the stage of the Ghetto Coliseum and fight in front of the Latvian audience not only for a prize fund of 10,000 euros, but also for the first ever "Ghetto" "Football Euro League" honors champions and for a record in the history of street football culture.