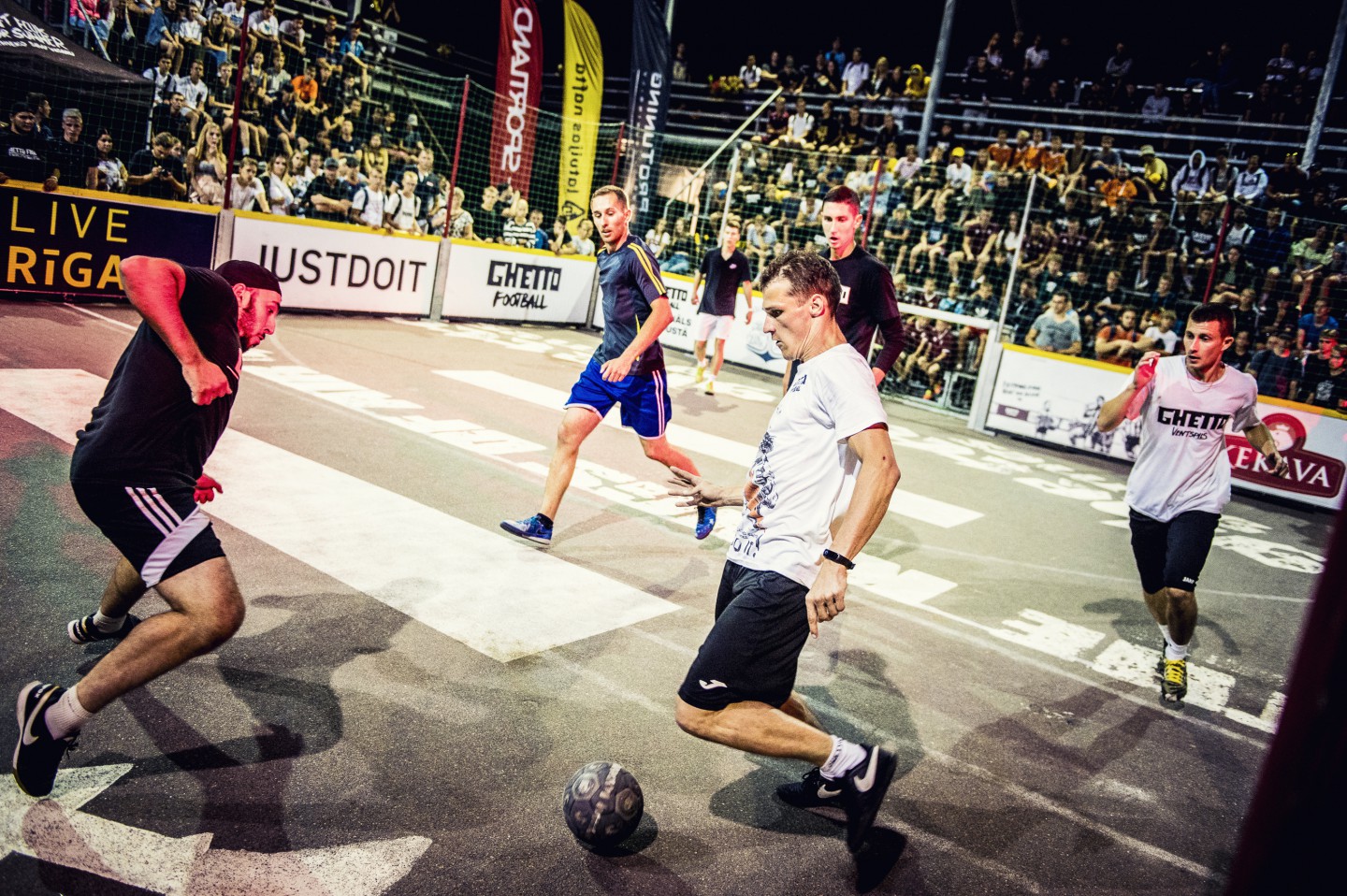 Today, on February 21st, registration has opened for the first street football Euro League tournament in Barcelona, which is taking place on March 21st. It is organized by one of the biggest street sports and culture organizations in Europe - ''Ghetto Football'' in cooperation with ten other partner countries. Registration for all the European tour ''Grand Prix'' tournaments will open a month before the tournament and will close 24 hours before it starts. Registration for the tournament is on ghettofootball.com.

The main goal of the project is social inclusion of different community groups through sports by creating a street football movement in Europe. As a result, the tournaments will take place in not so well maintained areas of the European cities or ''ghetto'' districts

The first in history organized street football Euro League tour ''Ghetto Football: Euro League 2020” will take place in 11 different countries and will consist of ten 3v3 ''Grand Prix'' tournament stages and one superfinal. The tour will start on March 21st and will end on May 13th. In a month, the first stage in Barcelona in collaboration with ''Street Football x Barcelona'' will kick off the historical street culture and football tournament.

The tournament in Catalonia, like the ten others, will be internationally represented. Teams from five different countries have already registered: ''Streetkings.eu'' from The Netherlands, ''Panna Match BLN'' from Germany, ''Pannahouse'' from Denmark, ''TGK'' from Latvia and, of course, several teams from Spain. ''Ghetto Football'' invites others to apply as well. The different nationalities will make the tournament especially exciting as well as the opportunity to see several bright street football players in the action.

''I read about the Ghetto Games not long ago and my first impression was: Fuck, this is dope! Destiny is quite crazy and just some months after our team was playing against Latvia in Italy. We became friends from then but honestly I would have never imagine that not even one year after we are building together the biggest Street Football event that has ever done in the world! I’m amazed what football can create uniting people and entire countries with the power of the ball. I feel very honored to represent Spain in this big project. Barcelona: The first stop! Bring it all!'' Says Gabriel Valarezo, “Street Football x Barcelona” movement leader.

Each of the participating countries has the opportunity to send three teams to three different European tournaments so that each phase of the Ghetto Football Euro League 2020 is internationally represented. Teams will accumulate rating points in each tournament. In addition, the games will take place without referees, so the slogan of the tournament is "Game without judges, life without judges".

Euro League Superfinal will take place on May 13th in Riga, with the start of ''Ghetto Games'' 12th season opening, where 24 best European street football male teams and 12 female teams will compete for the victory.

Male teams for the finals qualify by the following principle: ten of each ''Grand Prix'' stage winners, 12 top ranked teams and two ''Wild Card'' teams from Latvia. Female teams are selected at the discretion of each country's organization. You can read more about the terms on ghettofootball.com homepage, more precisely:

Not only the website, but also the @ghettofootball social networking sites Instagram and Facebook can be used to get information and to keep up to date.

Registration for the next ''Grand Prix'' tournament will open on February 28th. The stages will take place:

The project is co-financed with the financial support of The European Union program ''Erasmus+: Sports'' (contract number: 613248-EPP-1-2019-1-LV-SPO-SNCESE). The content of the project is the responsibility of its authors and does not reflect the official opinion of The European Commision Education, Audiovisual and Culture Executive Agency.