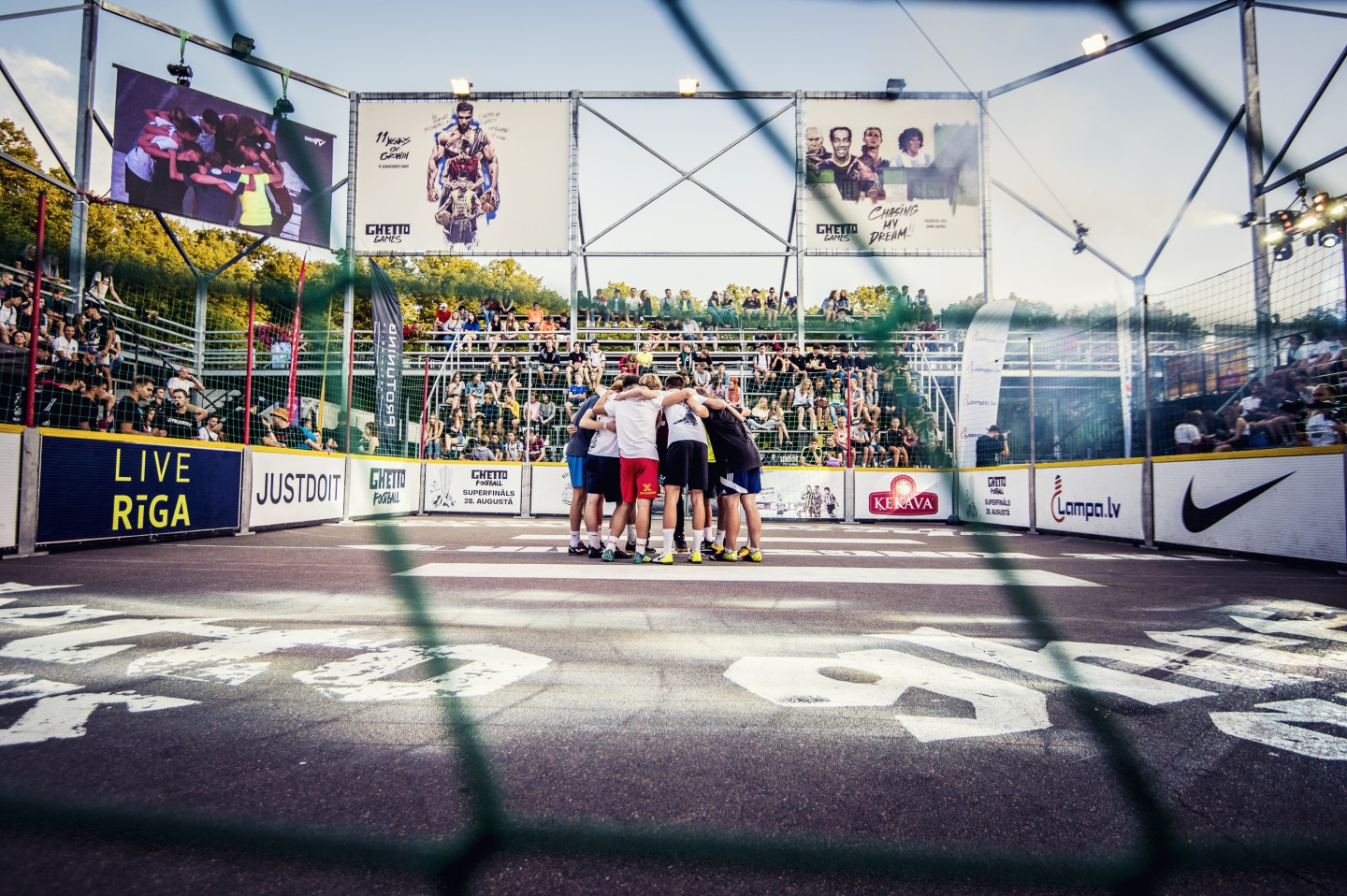 One of the biggest street football and culture organizations ''Ghetto Football'' from Latvia with the participation of ten other partner countries are organizing the first street football Euro League tour. The opening tournament will take place on March 21st in Barcelona and (the name of your city, date and place) with finals in Riga on May 13th.

''Ghetto Football Euro League 2020'' will take place in 11 different European countries and will consist of ten street football 3v3 tournaments and one final tournament. ''Grand Prix'' stages will begin in late March and will end in the end of April:

The tournaments will be organized in historical street football places or city centre corners in order to improve less developed areas by drawing public attention to these so called ''ghetto'' areas of the city that do not experience a lot of events. Before some of the tournaments, with the help of local event organizers, the ''Ghetto Games'' team will organize cleaning sprees.

The main goal of the project is to give everyone the opportunity to enjoy quality street football as well as to travel to other European countries and to get to know their culture. Statistics and facts show that the ''Ghetto Games'' organization in Riga, the capital of Latvia has successfully achieved social inclusion of different community groups through sports and they would like to share their message across Europe.

Each partner of the project has a chance to send three teams to three different European countries, which means that each ''Ghetto Football Euro League 2020'' stage will be represented internationally. In each tournament the teams will collect ranking points. In addition, the games will take place without referees, that is associated with the slogan - "Game without judges, life without judges".

The Euro League Super Final will take place on May 13th in Riga, together with the opening of Ghetto Games Season 12, where top 24 European street football men's and 12 women's teams will compete for the victory in the whole league. Men's teams qualify for the finals by the following principle: ten of each ''Grand Prix'' stage winners, 12 best teams according to the ranking and two Latvian teams that have received a ''wild card''. Women's teams are selected at the discretion of each country's organization.

Participants aged 16 and over are invited to participate in the tournament.

The project is co-financed with the financial support of The European Union program ''Erasmus+: Sports'' (contract number: 613248-EPP-1-2019-1-LV-SPO-SNCESE).The content of the project is the responsibility of its authors and does not reflect the official opinion of The European Commision Education, Audiovisual and Culture Executive Agency.