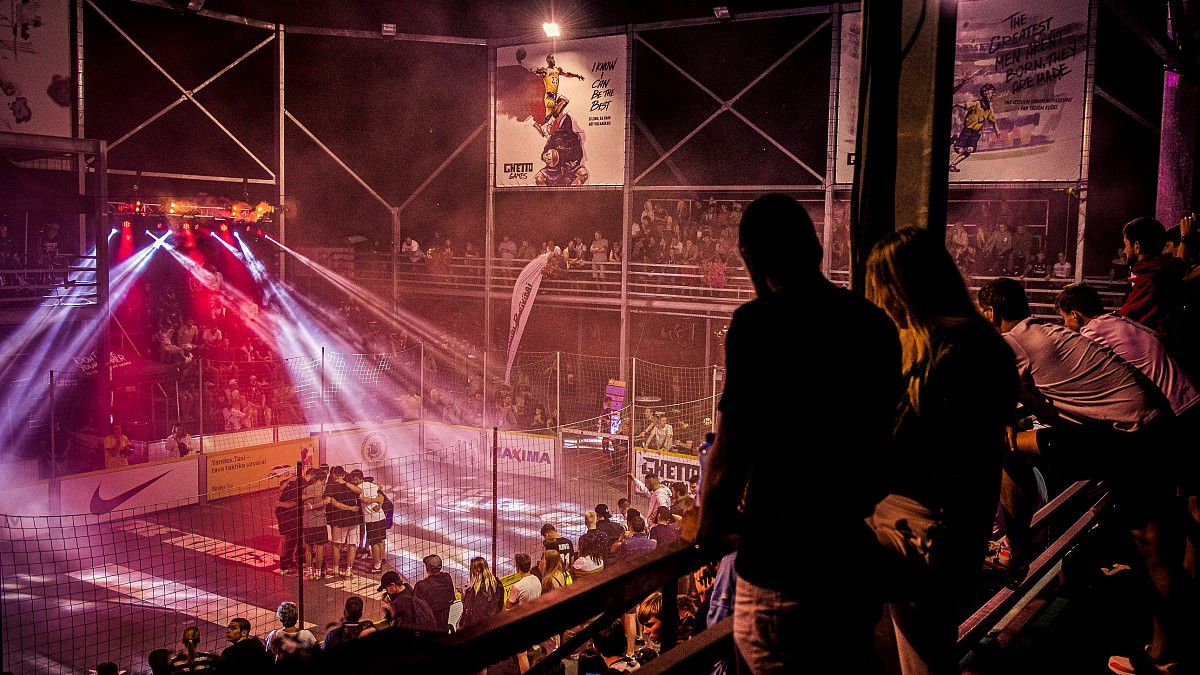 Less than two weeks until the start of the 12th season of "Ghetto Football" means only one thing - from June 1, "Ghetto Games" will host the largest street sports and cultural events in the Baltics for the 14th season in a row. It is significant that this season the "Ghetto Games" season started earlier than usual and they have already held 10 events in the 10 largest European street sports cities - Rome, Djakovo, Brussels, Budapest, Amsterdam, Copenhagen, Prague, Berlin, Warsaw and on May 21, "Ghetto Football" ends Euro League" tour in the capital of Lithuania, Vilnius. It should be noted that everything does not end there, because the most important and grandest event in the history of Euroleague and street football will take place on June 8 in Riga, when the best European teams will fight for the championship title, the honor of the best team and will play among themselves for a prize pool of 10,000 euros.

What to expect from the 2022 Ghetto Football season? This year, the organizers of street football have planned weekly activities from June 1 to August 10 throughout the territory of Latvia.

10 events are planned in Riga, Grīziņkalns, and one event each in Daugavpils (June 4), Valmiera (July 9) and the "GGFEST" festival in Ventspils from July 22 to 24, where the largest alternative sports and street culture event in the Baltics will be held - the Ghetto Games festival.

As part of "GGFEST", we will see the best freestylers of street football in the world, the main essence of which is to perform various tricks with a soccer ball, using different parts of the body, as well as "Panna 1 v 1" players, where the most important task is to kick the ball between the legs of the opponent.

Every Wednesday tournaments will take place in usual order - 3 against 3 street football in six age groups (U12, U14, U16, U19, 20+ and Lady) with additional activities "Panna 1 against 1" and Football freestyle, as well as every Wednesday tournaments will be supplemented with special tournaments, i.e. Euroleague Super Final (June 8), Family Tournament (June 15), 30+ age group tournament (June 29), FIFA22 eSports competition (July 6), District vs. District competition (August 3 and 10) for the August Superfinals.