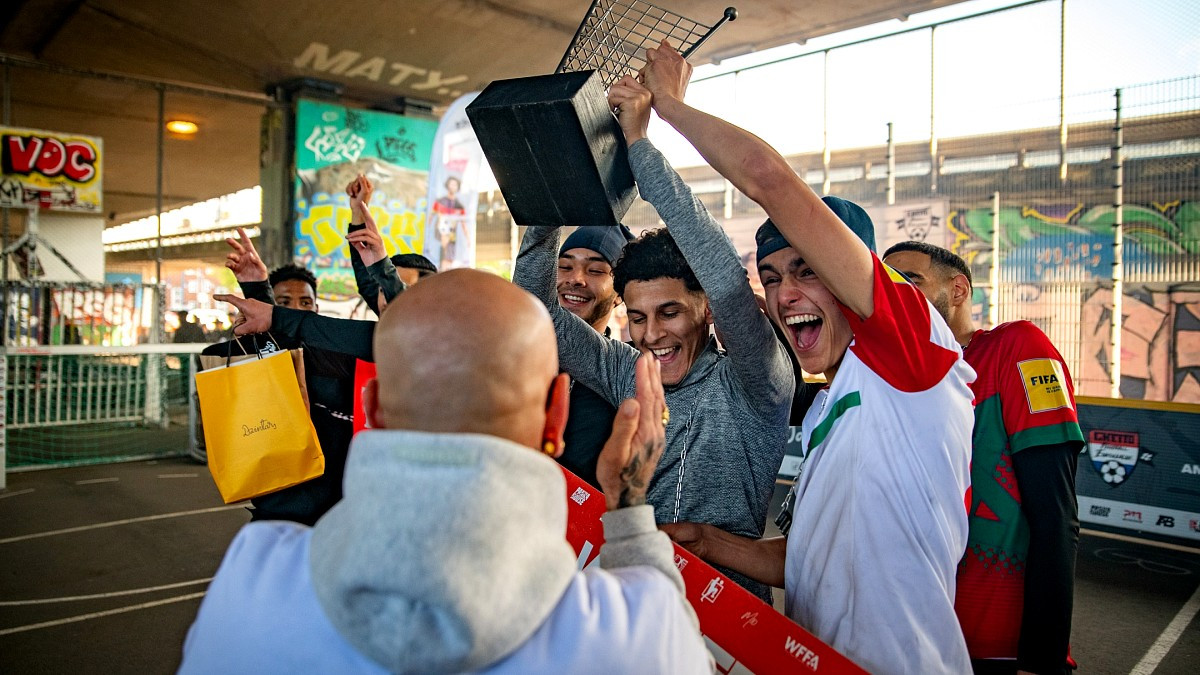 Until now, Griziņkalns has been the home of street football in Latvia, but to turn it into the capital of street football, a lot of work needs to be invested! Already the sixth tournament this weekend, as part of the Euroleague, was organized by the Ghetto Football team in Amsterdam!

An event under the bridge, graffiti drawings everywhere, a location developed by street football and one of the strongest players met in the sixth Euroleague tournament to fight for tickets to the grand final in Riga, which all spectators and fans will be able to attend on June 8, in Grīziņkalns!

It's nothing new in Amsterdam, but it's definitely new for street football. Street football is the biggest fast growing sport in the world and Ghetto Games brings all these people, players together. Until now, freestyle and panna have been separate, each on its own, but Ghetto Football Euroleague brings them together, it's great! It's historic!” This is what the godfather of street football Edward Van Gils says about the tournament in Amsterdam.

The regular tournament was complemented by the panna championship and football freestyle, where the winner gets a ticket to the grand final in Ventspils! Bodhi Bos from the Netherlands, who has been practicing freestyle for six years, won the football freestyle competition in a fierce battle. "I really like the atmosphere of Ghetto Football events. I always warm up too much before the tournament, but maybe that is the key to my success. I can't wait to meet the best freestylers in one place, see you in Latvia!"